The Dynamics of Creating High-Performance Result

As an experienced business Coach for small businesses, I understand that what most people call high-performance does not fit its proper definition. High-performance is not just the execution of actions to get by. High performance occurs not when people accomplish tasks they were told, compelled, or coarse to do. Instead, high performance results occurs when individuals deliver beyond what is expected.

Achieving high-performance result requires people to set their own highest standards that align with their organization’s original goal. The trouble is that such level of performance cannot be achieved until the people are empowered to express full potential.

The Impact of Potential on Performance

The expression of full potential is a prerequisite for creating higher levels of performance. Why not?  Because people who express full potential on their jobs are in full control of their performance and result. Let me explain.

A breakdown in performance occurs at all levels of the organization, not because people are not educated, experienced, or skillful. More often than we think, breakdown in performance occurs when people are disconnected with their natural potential. Study shows that more than 90 percent of people in various organizations are qualified for the jobs they’re hired to do. They are smart and determined to perform, but they are not always empowered to do so. As a result, they become afraid to fail and develop emotional distress when assigned tasks they have not done before. Ultimately, they lose confidence in themselve, and their productivity drops.

Here are some examples…

“Uche was 43 when she was newly appointed Managing Director of a global insurance company. Her target was to turn around the performance of a business failing behind targets in a volatile competitive marketplace. Initially, Uche felt isolated and overwhelmed…”

“In her early forty, Kemi was a likable Deputy General Manager with a high street bank. She enjoys working in a team but found it really challenging to manage poor performance and difficult team members. Kemi was invited to step into her General Manager’s role, who was on maternity leave. Management sought an opportunity for Kemi to develop people Management skills and become more strategic but she was afraid she would fail.”

“Ahmed, 37, Cambridge alumnus and a smart Corporate Executive. Ahmed was a rising star in the financial reporting division of a major accountancy firm. At 37, his excellent track record resulted in him being groomed for a partner position in his firm. But Ahmed was competitively aggressive. His abrasive behaviour towards his colleagues and seniors began to threaten his career. He took personal feedback from a few senior people casually, and things started to get off the hook gradually for him…”

Many organizations deploy traditional training to fix lack of performance, and I do not have any problem with that. The trouble is that, although training is great for new skills acquisition,  it does not create or sustain high performance. For example, no amount of training could get Uche out of isolation. Kemi could possibly not overcome her fear by attending the best training in the world, and Ahmed’s abrasive behaviour is not an issue that training can fix. A new approach is therefore required.

After supporting several senior business and corporate executives to overcome huge performance obstacles, we can say for certain that coaching is a powerful tool for improving performance. Not only can coaching help improve performance, but it also clarifies goals, unlocks potential, improves self-awareness, creates accountability, and supports people development objectives.

Both leaders and managers need to understand the concept and impact of coaching. For example, coaching shares different views from mentoring, consulting, counseling, training, or teaching. Great coaches understand that while they are experts only in facilitating the coaching framework, clients are the experts on their jobs. Therefore, professional coaches do not offer suggestions, give advise, or fix problems except with the client’s permision to do so.

So, you are wondering in your mind, what’s the need for the coaching engagement, then? I’ll tell you!

Why You Need a Coach

Leaders and managers need experiencedcoaches to help them set priorities, identify the critical steps, and develop accountability to accomplish the priorities.

Here are some more reasons why you need to work with a coach.

When it come to performance evaluation improvement, many managers limit people within the confines of their current realities. They fail to consider what the people are capable of doing so they can coach them along that line. Coaching can transform the worse performer into a high-performing leader. Better still, it only takes about 60 minutes of conversation in a week to make such a great transformation happen. To coach effectively therefore, managers need to learn and acquire coaching skills. 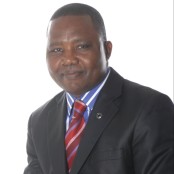 Author: Nkem Mpamah
Nkem Mpamah is Nigeria's #1 business coach, leadership, and strategy consultant for the services industry. Nkem coaches successful entrepreneurs to improve performance, increase competitiveness, and expand their entrepreneurial freedoms. He is the founder of Cognition Global Concepts, and creator of the Growth Syndicate Program." Nkem is author of "The ART of Achievement and Fulfillment", and "The Entrepreneur".

How Can We Help You?

If you want to improve your performance, increase your competitiveness and maximize profitability, we can help.